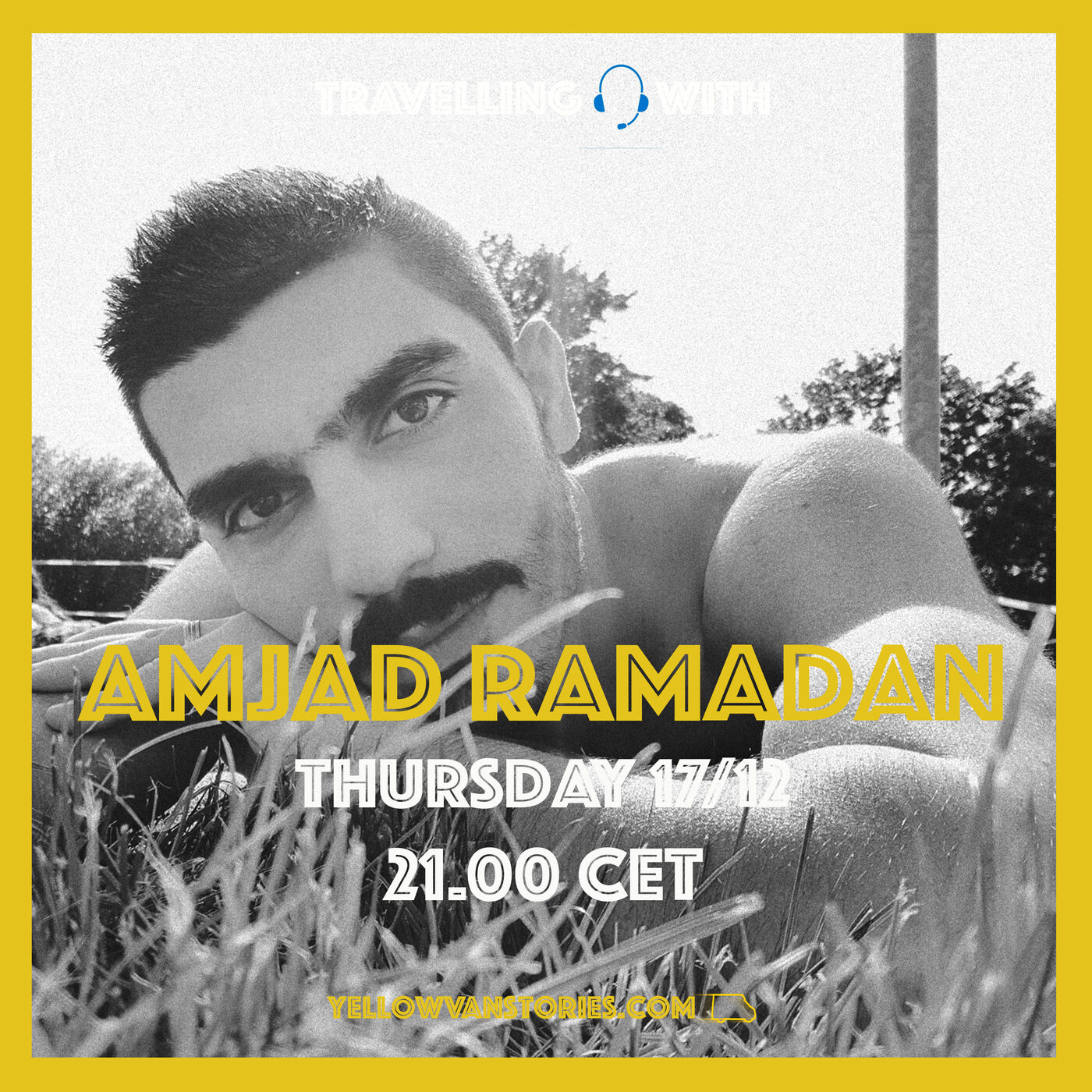 He left Syria due to the civil war and fled to Turkey in 2012 at the age of 17. He then lived in Kastamonou for four years where he enrolled at the local university to study journalism. Due to Amjad's financial decline, he had to withdraw before any of the courses had even started and without his curiosity having been quenched. He decided to go to Europe for a better future perspective and arrived on the Greek island of Lesvos in 2016.

Amjad's arrival coincided with the closing of the Balkan route that had until then been among the preliminary transit routes for refugees crossing the Aegean into Greece and, subsequently, traveling on further into Europe. Like thousands of others, Amjad got stuck at the Greek-North-Macedonian border at Idomeni.

This is where Amjad met Vicky Markolefa, my girlfriend and creative partner, who is also joining us today on the Yellow Van. This podcast was basically Vicky's idea and she put us all in touch. Thank you, my love, for the gift of this episode.

Amjad spent eight months in the make-shift camp of Idomeni, that, at its height, had roughly 15.000 people dwelling in an area that had only had an emergency strategy for 5.000 people.

It was during this time, that I was in Idomeni as well. Only for about six weeks, having Fonsi as a luxury domicile amidst all the cheap tents. Being welcomed, fed, and groomed by our neighbours from Syria, the Ghiran, who shared everything with us - no matter how cold or wet the day would be. And it was very cold, and it was very wet a lot of the days back then when nothing else but summer tents were available, when the mud was ankle-deep, and disease was spreading throughout the camp.

My idea of hospitality is to this day entirely rooted in my experiences there and the virtue of spirit that was heaped upon me. I only digress here to bear witness to the fact, that eight months in Idomeni are an eternity...but that they can also build a spirit. One of the many reasons, why Amjad says that "being a refugee is a badge one should wear with pride."

Amjad joined the UNHCR Refugee Program and was first taken to a newly opened camp in Evosmos, close to Thessaloniki in the North of Greece. After roughly two more years, Amjad was accepted as a refugee in Germany where he was allowed to join his older brother in the city of Neuss where he has been living since 2018.

And now, this long, hardy journey has brought him aboard the Yellow Van and I couldn't be happier and prouder to have him here with us today.

Welcome aboard the Yellow Van, Amjad.

Get Jim Kroft's beautiful song "Love In The Face Of Fear"