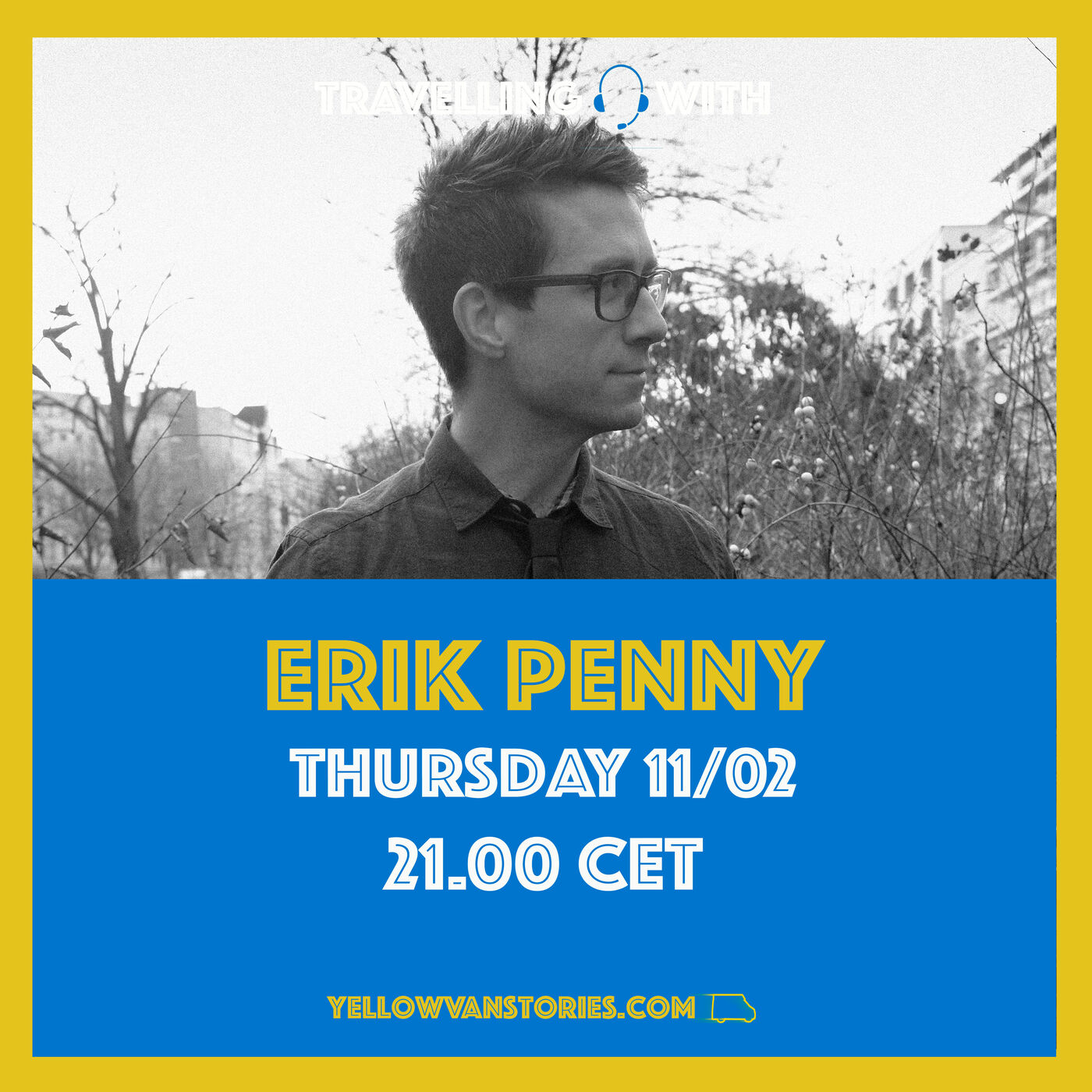 Erik Penny is a US songwriter, musician and painter who has been living in Berlin for more than 12 years.

Erik grew up in El Paso, Texas, where he started his musical career as a bassist at the age of 16. A while later he started a course in painting which he aborted shortly before graduating to go on tour with his band.
This success of the tour led to his decision to go to Los Angeles. Here he recorded several EPs and two studio albums - "Footprints" and "The Linger Kiss". After various visits to Germany, Erik decided to move there for good in 2008. Within a short period of time he made strong connections in the local music scene.

Erik's wonderful album "Bend", published in 2010, written and conceived entirely in Berlin, is a collaboration between many, talented people that comprise the artistic and social hub of this wonderful city, resulting in a flavorful piece of art. Many tours and support tours followed. It is home to one of my favourite songs "Cherry".
After publishing "Live at The Sofa Sessions" in 2011, Erik withdrew from the music scene for 2 years and only returned to the stage in 2013 and played, amongst others, four opening concerts for Joe Cocker.
His album "Heart Bleed Out" came out in 2014 on the Blackbird Music Label, that was produced by Erik himself for the first time together with David Green.

Just recently his new single "The River" was published, a song with a hymnal depth that is juxtaposing a refreshingly positive melody with sinister lyrics. A great song for a world grappling with a pandemic looking for hope.

Erik and I have an overlapping circle of friends and I have been aware of Erik and his work for many years. And nonetheless, for reasons unknown, we never really shared a longer conversation together.
During the second lockdown, when Erik started a painting project on IG and he used one of my images as a reference for a painting, I was so overwhelmed by his art and his positive attitude that I thought: "Boy, have I missed out!

"A Path We Share", Music Video by Erik Penny

History of the Cowboy Boot

History Of The XXth Century, Podcast by Mark Painter